Illustration and Text by Takács Zoltán 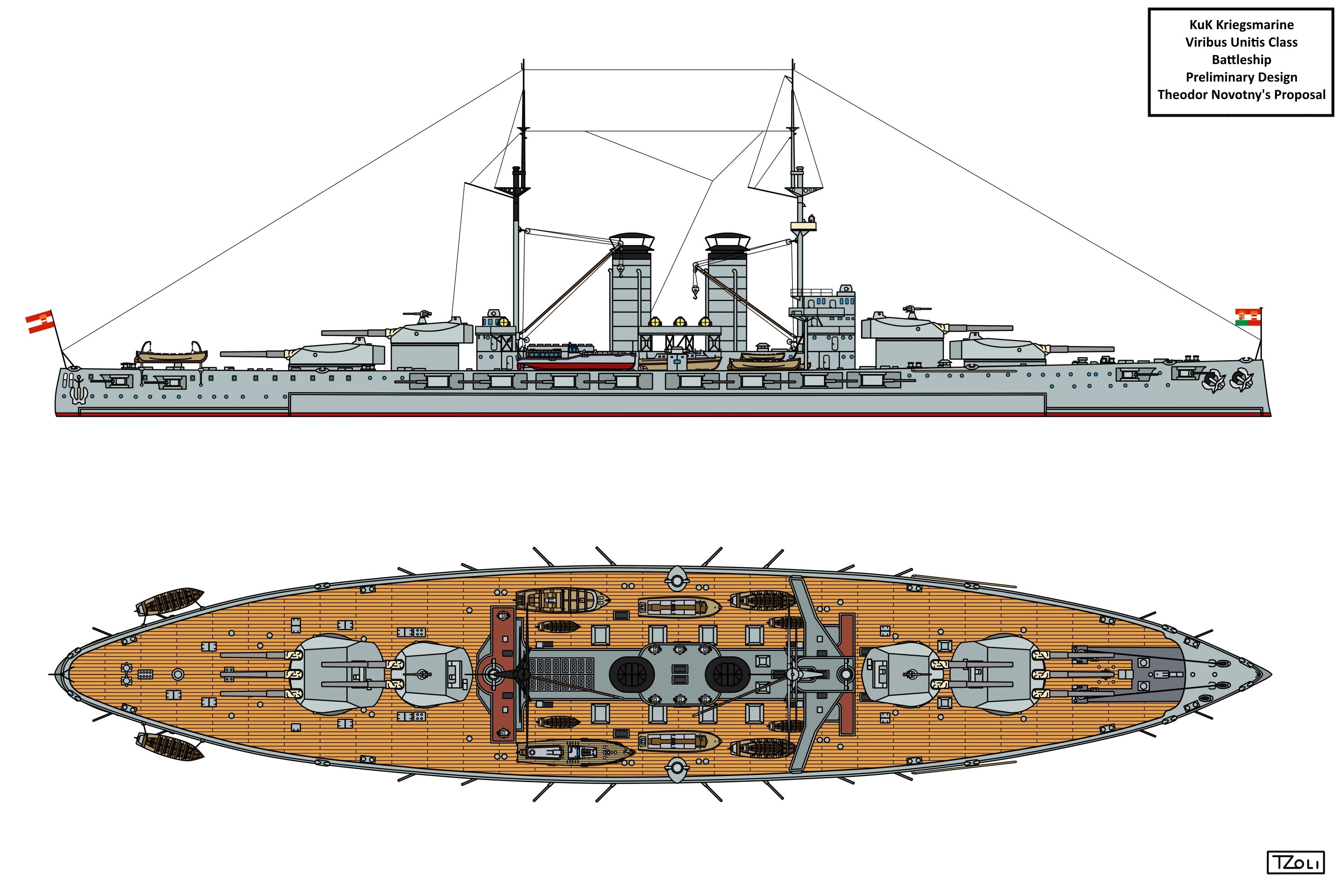 The history of the Austro-Hungarian Dual Monarchy's first and only Dreadnought battleships are a rather interesting and intriguing one! The first formal meeting of new battleships for the Austro-Hungarian Navy was held on May 7th, 1908 by the MTK (Marinetechnische Komitee - Naval Technical Committee), Pola / Vienna the meeting was led by Rudolf von Montecuccoli degli Erri, and the official design contest was issued on July 6th, 1908 with the following requirements...SEE MORE 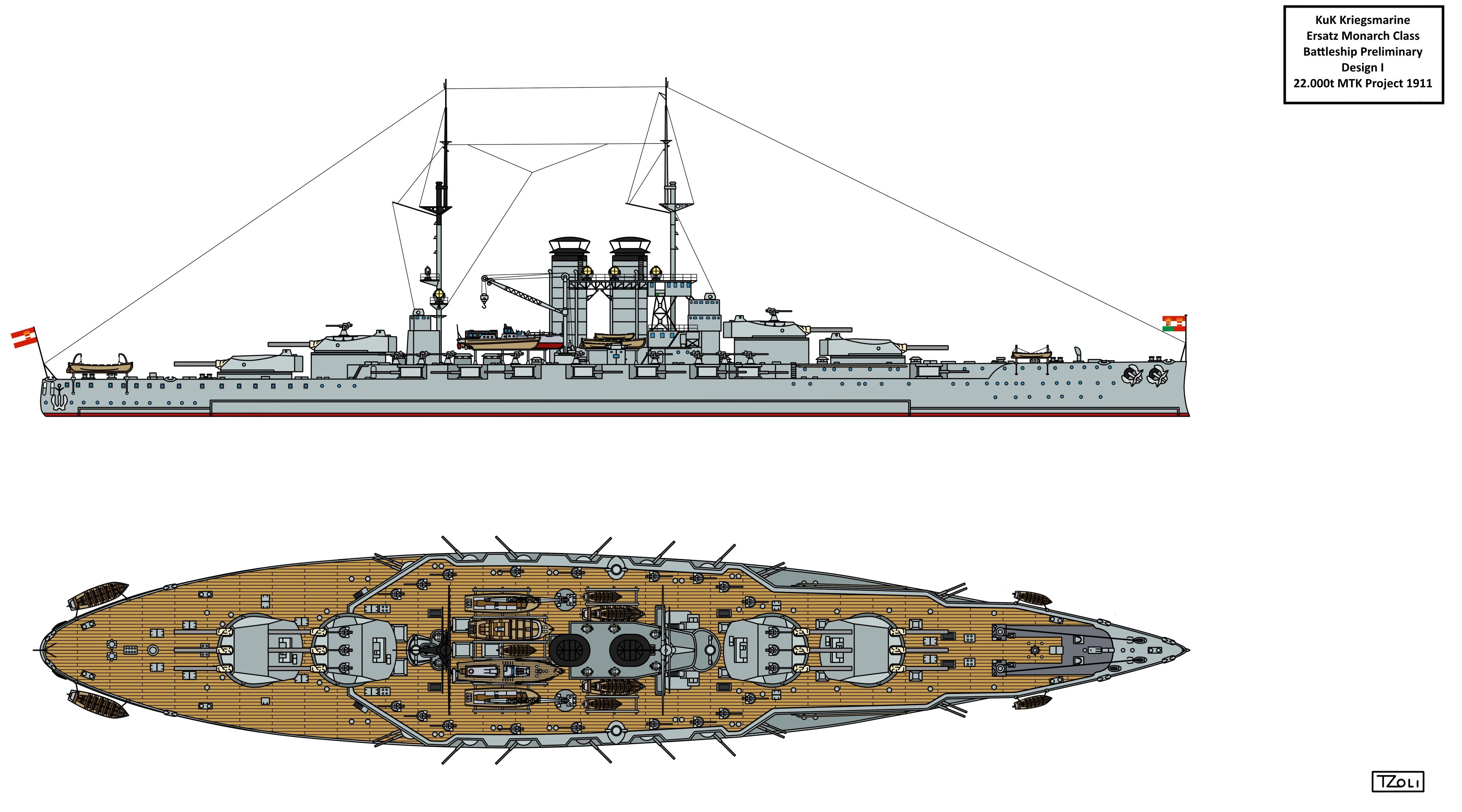 While the Ersatz Monarch class battleships is mostly likely the most well-known never-were project of the Austro-Hungarian Navy (Kaiserlich und Königlich Kriegsmarine) the history of the class and the other design variants considered are rather difficult to get hold knowledge of, not only because the troubled history of the Austro-Hungarian Empire and it's successor states (Ships designed by Vienna and the various shipyards of Croatia and parts of nowadays Italy, Armour produced by Vitkovice in Silesia and Main guns produced and developed by Skoda in Bohemia (today Czech Republic) while engines and smaller calibre guns produced by Ganz-Danubius, Budapest, Hungary) in the past 100 years, but the documents of the ships might ended up in various parts of the old Monarch due to their contribution of the development...SEE MORE

The KuK Kriegsmarine produced a number of capital ship designs starting from around the time of the Battle of Jutland to late 1917, early 1918 featuring mostly battlecruiser designs but a few battleships as well. Not much is known about the history of these designs apart from that they are prepared for the post war fleet, showing that the Austro-Hungarian Empire wished to end the war soon...SEE MORE

In mid 1917 the MTK (Marinetechnische Komitee - Naval Technical Committee), Pola prepared a battleship design the same time they proposed the battlecruiser Project II. The hull shape was similar but shorter and wider providing a more stable gun platform with a more conventional layout of 4 twin 38cm turrets in superfiring pairs forward and aft and a reduced number of 9cm casemated guns only positioned at the ends...SEE MORE 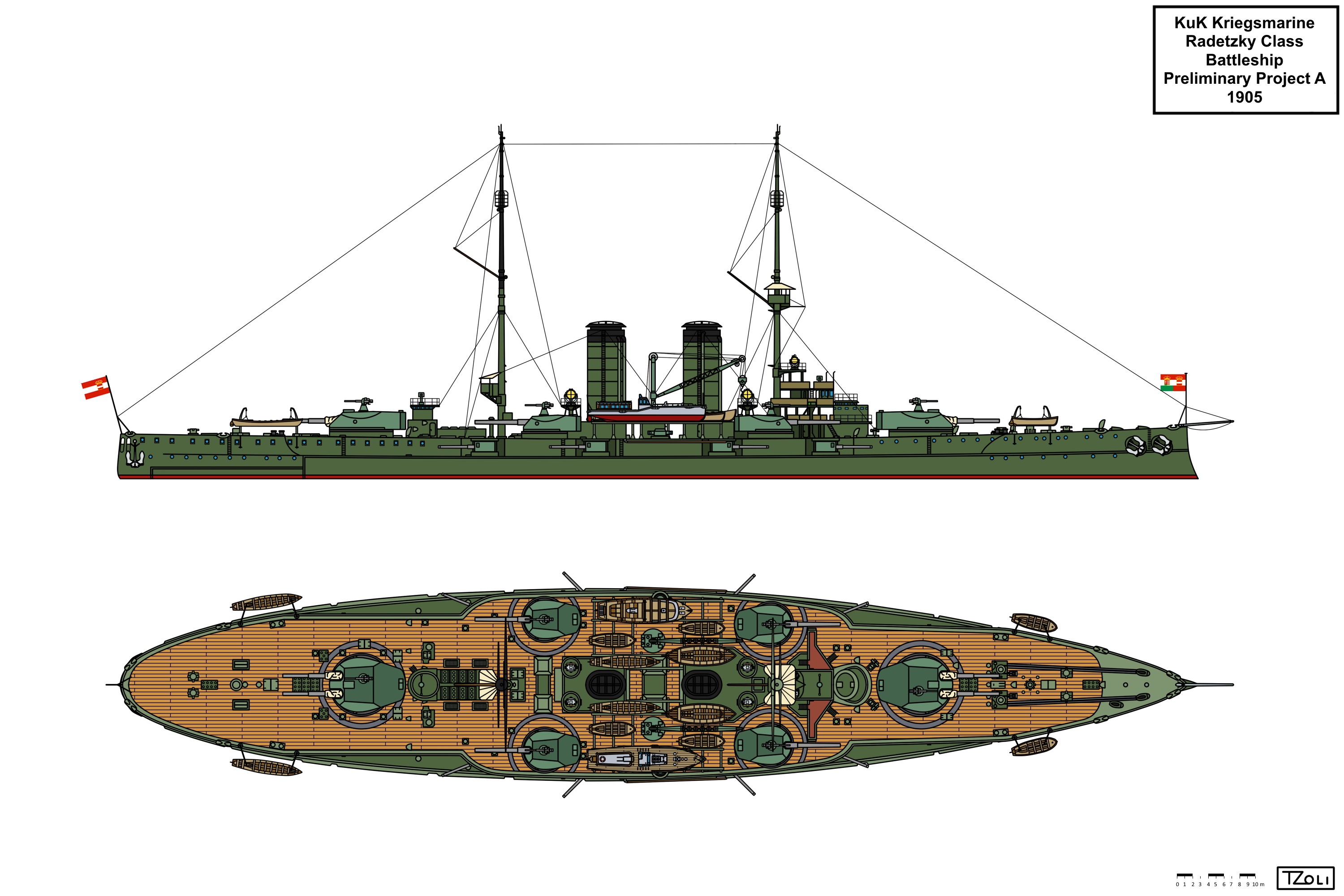